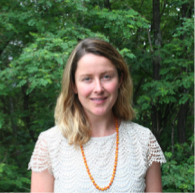 Mary Leighton is the Director of Language Partners BC, in charge of supporting infrastructure and direction. She grew up in Vancouver but has lived in other places including Morocco, Turkey, and Saudi Arabia. In other parts of her life, Mary has worked as an organizer or trainer with Dogwood, the BC NDP, Organize BC, and Organizing For Change. Her favourite thing about LPBC is the good spirit of the people involved. 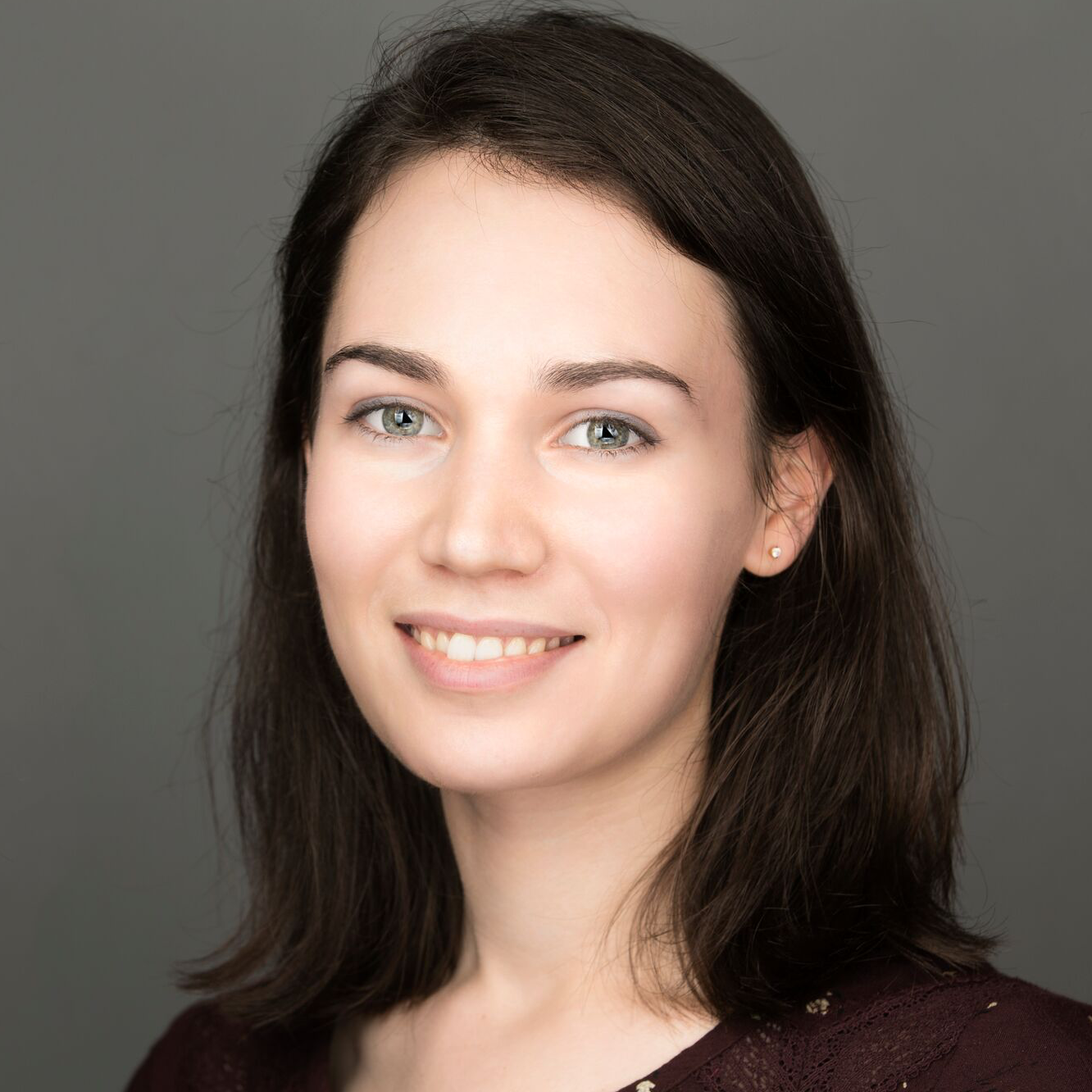 Michelle is the Website and Database Coordinator at Language Partners BC. After arriving in British Columbia from the UK in 2015, she’s now a PhD student in Information Studies at the University of British Columbia. Michelle is passionate about finding creative ways to support diverse languages and cultures. After participating in the LPBC Arabic-English exchange in Summer 2016, she decided to volunteer to support the program. 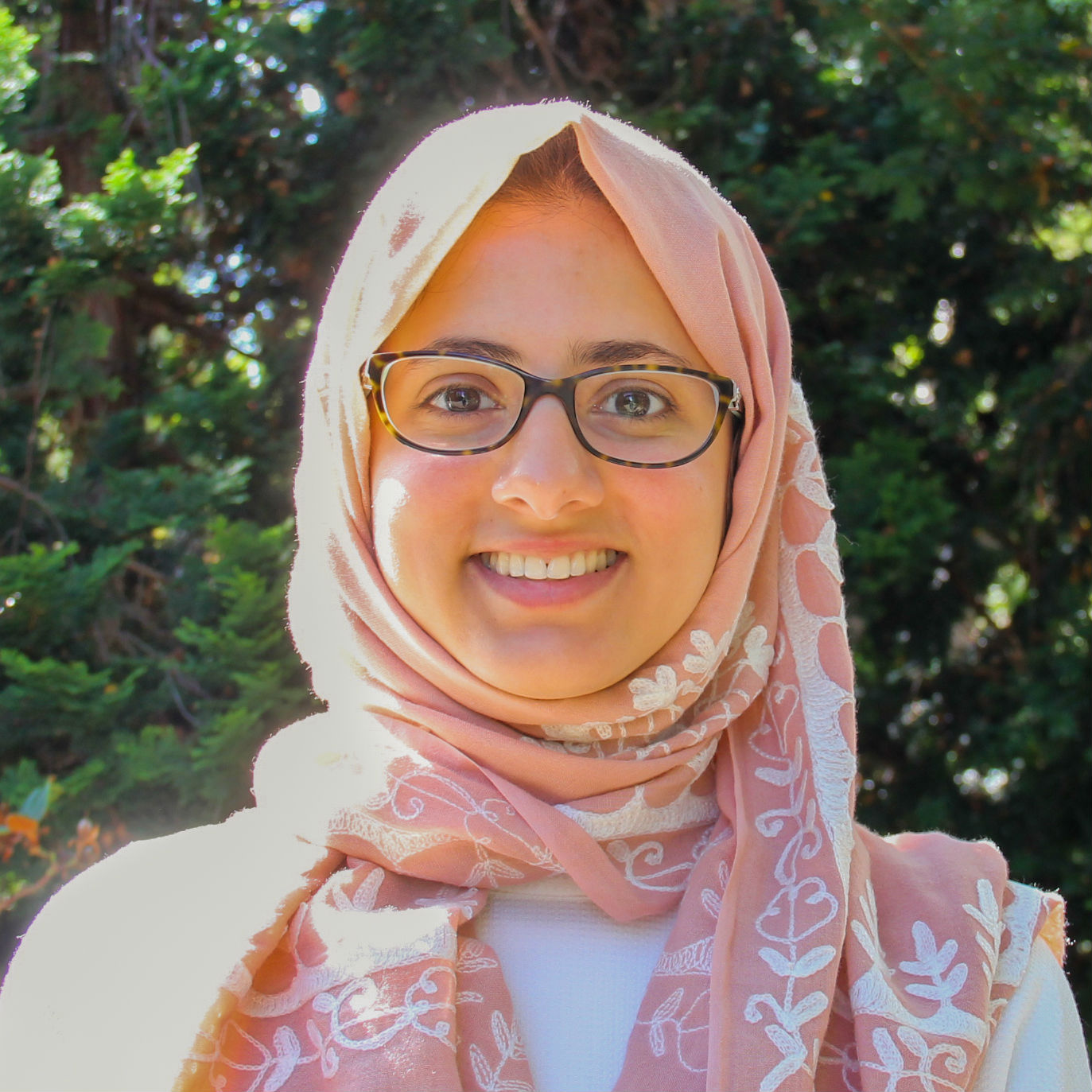 Nada was a facilitator with the Language Program at Oakridge library. She is from Saudi Arabia and studied at UBC majoring in Food, Nutrition, and Health. She loves meeting new people and enjoys helping others. Brownie is her favorite dessert! She is always passionate about making newcomers feel welcomed and develop a cohesive community. 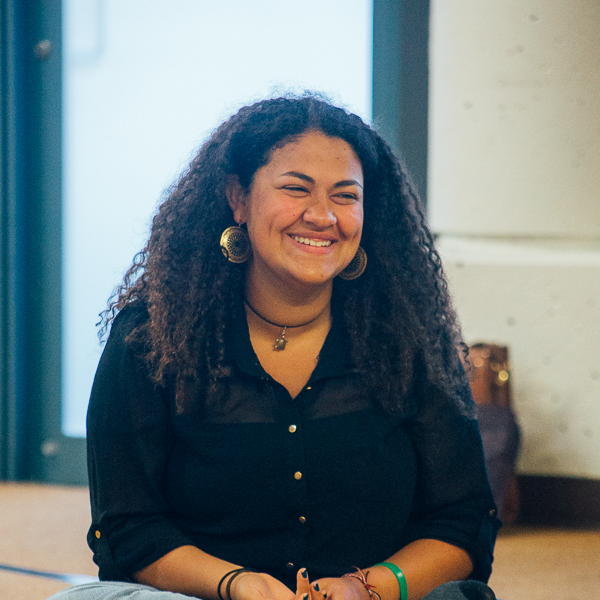 Farah El-Afifi was the co-facilitator of the women's Arabic exchange program for two terms running, primarily in charge of translation and cultural exchange. She was born in Egypt and spent her life moving back and forth between Cairo and Vancouver. She feels at home in both Arab and Canadian culture and currently studies International Relations at UBC in hopes of orienting her career towards cultural exchange and people empowerment. Farah's favorite things about LPBC are the stories that are shared and bridges that are gapped by the participants and team. 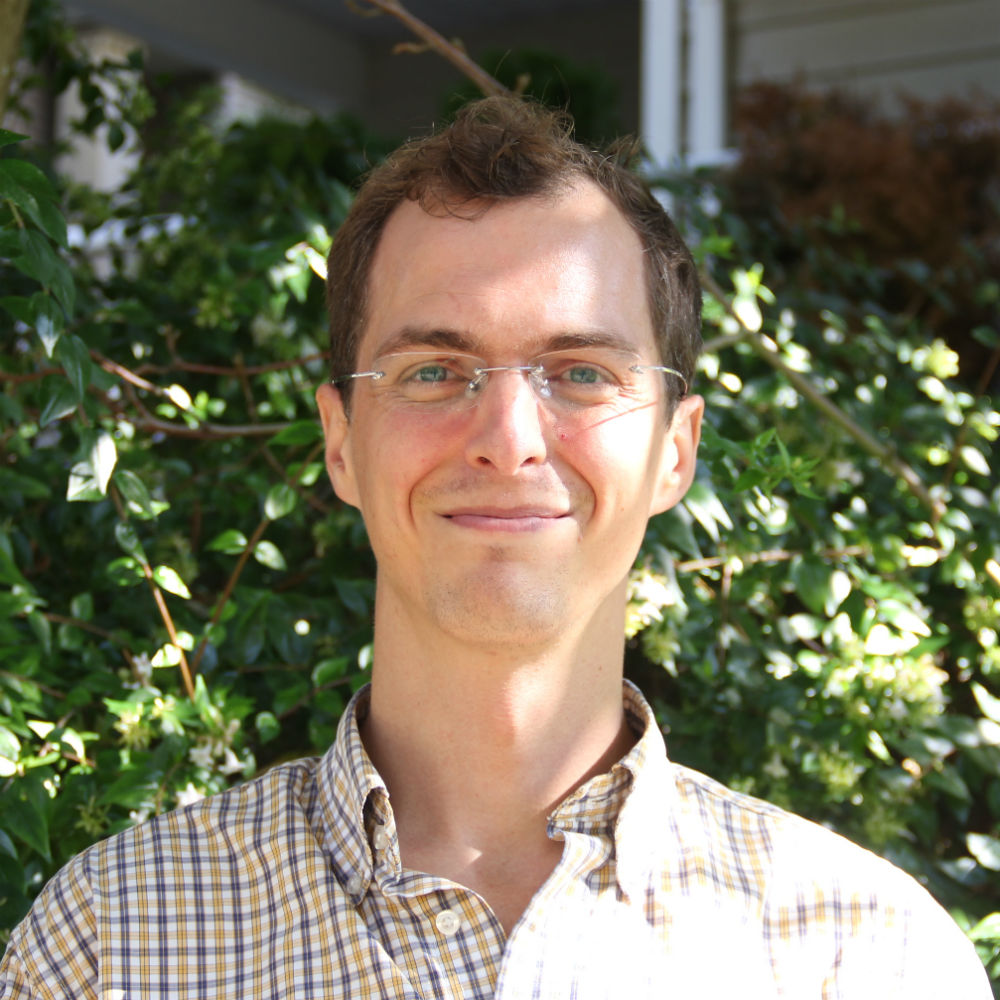 Tom-Pierre is a facilitator with LPBC. He enjoys foraging, gardening, cooking, canning, and other ways of squirrelling food as excuses to be on the land. Settler on ʷməθkʷəy̓əm (Musqueam), sḵwx̱wú7mesh (Squamish), and sel̓íl̓witulh (Tsleil-Waututh) unceeded lands, he enjoys the bounty of the west coast and has much gratitude for the stewards of this land. When he’s not gathering or cleaning wild edibles, learning languages (Spanish and Turkish), or swimming in the ocean, you might find him staring at the North Shore mountains from an office in Gastown, trying to avoid climate catastrophe by improving the way we construct and operate buildings. 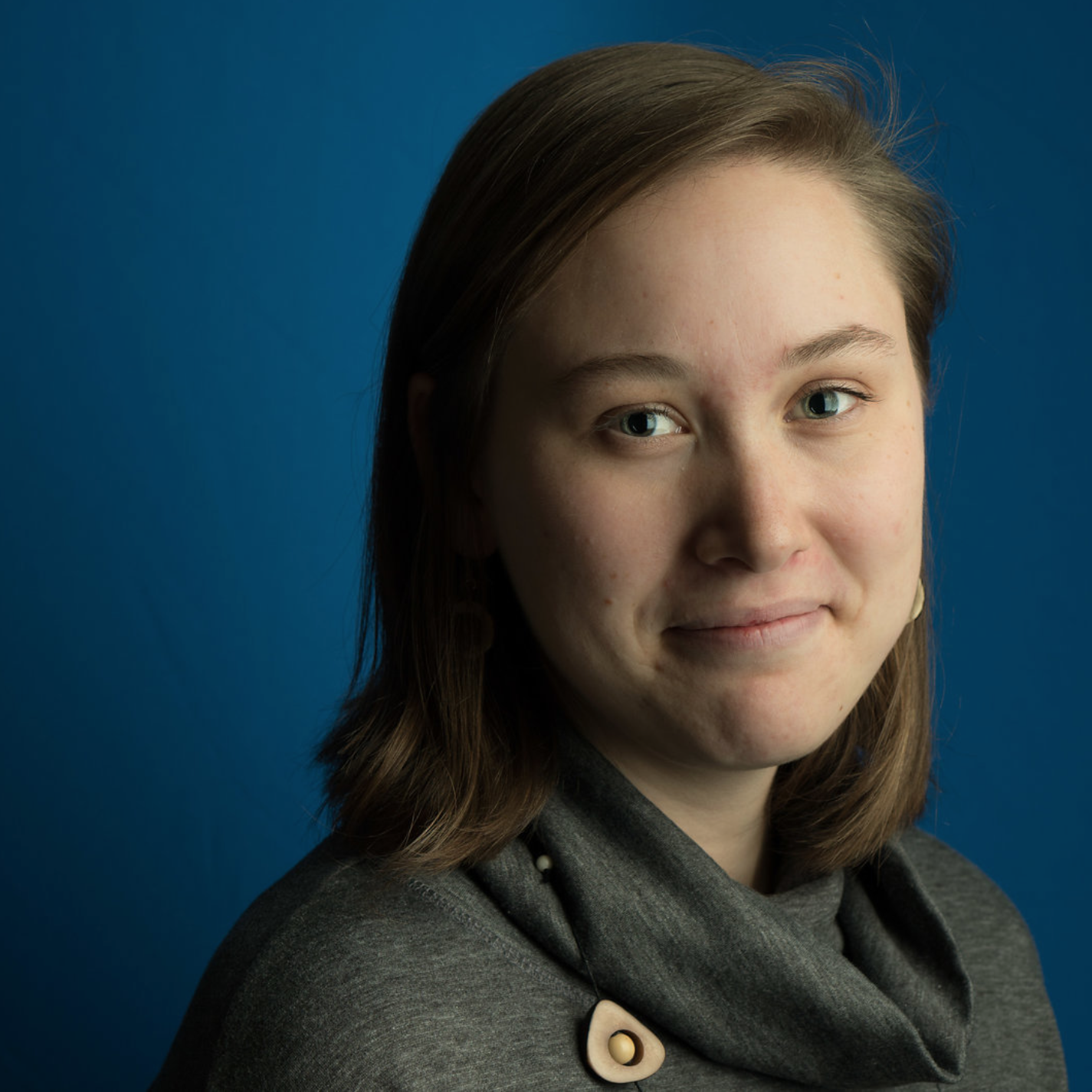 Emily has an undergraduate degree in International Studies and Modern Languages from the University of Ottawa. Since graduating three years ago, her work has focused on volunteer experiences that build meaningful relationships, notably as a coordinator in friendship programming for students with intellectual disabilities at Best Buddies Canada and through organizing with Dogwood BC. She facilitated and participated in the session at her local neighbourhood house, Kiwassa, which bridges her interests in languages and community-building. 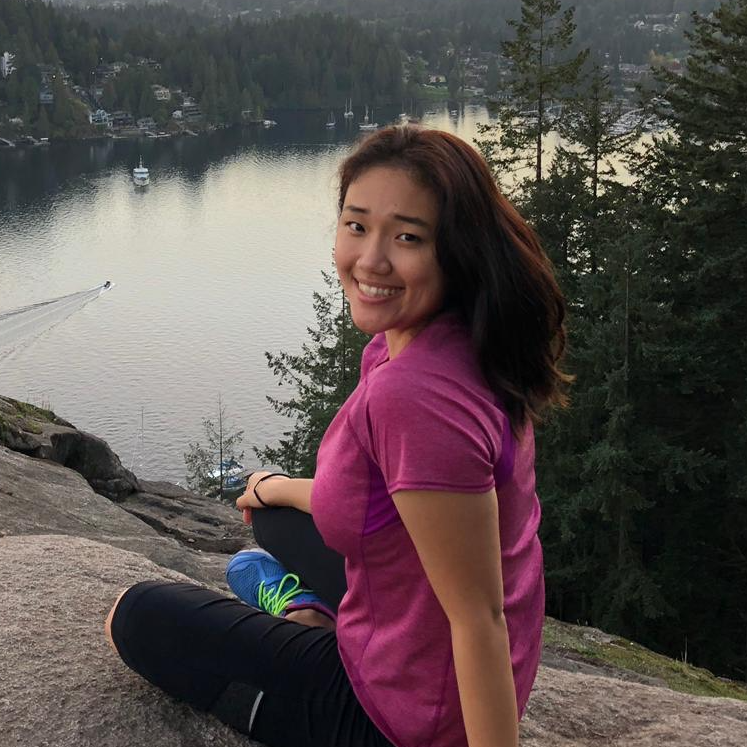 Grace has been a facilitator with Language Partners BC since May 2017, and has led language exchange programs at Little Mountain Neighbourhood House, Masjid Omar Al-Farooq, and the Ajyal Islamic Centre. Grace is a linguaphile and polyglot; she completed her Bachelor of Arts in English Literature at UBC, and is currently working on improving her proficiency in Arabic and Spanish. Grace enjoys catching up with program participants every week, sharing snacks with them, and hosting potlucks in her home. Grace is delighted to help build community in Vancouver and welcome newcomers to Canada! 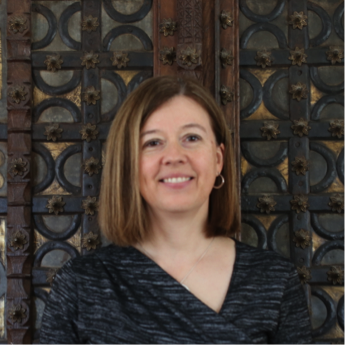 Anne was born and grew up in BC, and has never lived too far away from the ocean (and rain). She is currently Senior Researcher at the British Columbia Teachers’ Federation, and is completing her doctorate in education at UBC. She enjoys volunteering for LPBC as a way of connecting Vancouver neighbours through language learning and friendly conversation. 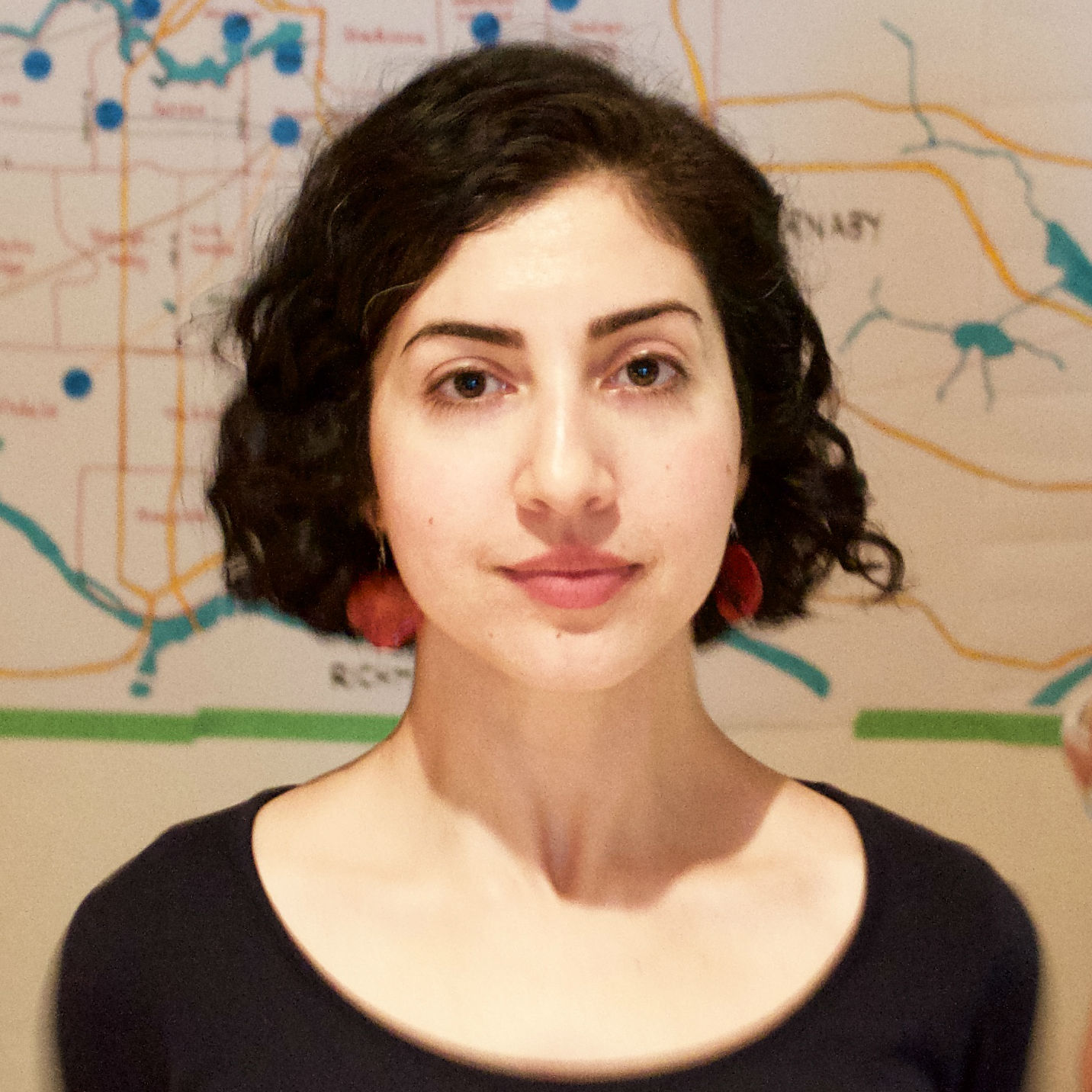 Maryam is Impact Analyst at Language Partners BC. She is also facilitated her first Language Partners Group at Masjid Omar Al-Farooq. Originally from Iran, she has lived in BC for the past ten years. Maryam uses her programming and data science skills to explore answers to simple yet profound questions that arise in real life. When she’s not researching a new question or writing about it, she enjoys throwing some kicks in taekwondo class, writing poems, interviewing people, and reading ancient books. 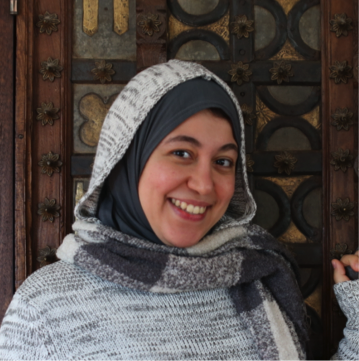 Eman was a facilitator with the women’s Arabic-English program on Tuesdays at Ajyal Center. She grew up in Egypt, but loves to travel, has been to Saudi Arabia, and moved to Vancouver recently. Her favourite thing is to help others and make them feel comfortable. 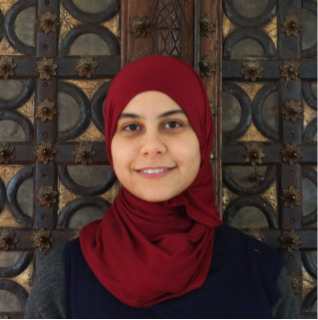 Amira left Egypt for the first time a year ago when she moved to Vancouver. She graduated from the Faculty of Languages and she developed the passion of language teaching from her first year in university. Amira worked as an Arabic-English translator first, then shifted her career to do the thing she loves most, which is teaching languages. In Egypt, she used to be an English teacher and when she moved to Canada she started to teach Arabic as a second language. In Canada, she developed more appreciation for the value of volunteering and helping people. She volunteered as an ESL teacher for refugees and proudly began her facilitating career with Language Partners BC. 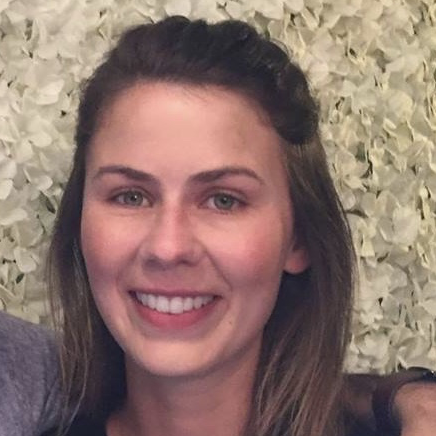 Eliza was a first-time facilitator for Language Partners BC! She is a big language nerd. Both at work and in her community, she practices them whenever she gets a chance! Eliza grew up in Switzerland with French as her first language and is excited to share her love of languages with others at LPBC. In her free time you can find Eliza adventuring in the forests of BC, handcrafting cards or letters for loved ones, or snuggling her cat Merlin. 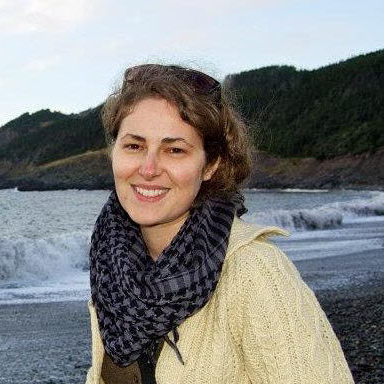 Tracy was a facilitator with the women’s Arabic-English program on Sundays with Nada. Born and raised in Regina she has also lived in Ottawa and St. John’s. She works at UBC as a Program Assistant and is completing her continuing studies certificate in International Development. As someone interested in learning new languages, meeting new people, and becoming more involved in the community, Tracy is very excited to have been a part of LPBC. 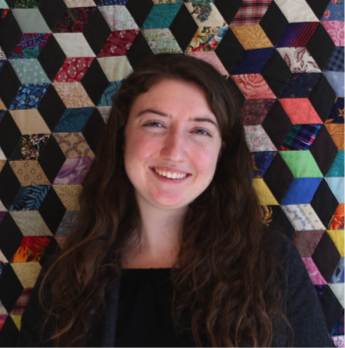 Franny was a facilitator with LPBC with Mu Yang for the Wednesday mixed language session at Little Mountain Neighbourhood House. She grew up on Bowen Island and has lived and worked in a variety of places such as Istanbul, Turkey, and Liwonde, Malawi. Franny is completing her double major in International Relations and Environmental Geography at UBC and works for the UBC tandem Language Learning Program at UBC's Global Lounge. Her favourite thing about LPBC is making new friends and sharing commonalities and differences in different languages. 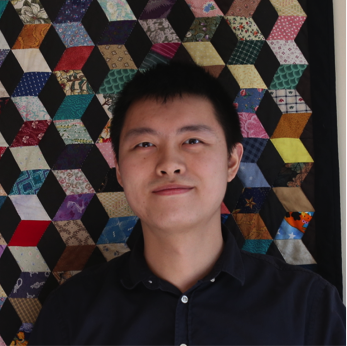 Mu is a civil designer, designing civil and electrical infrastructures for Greater Vancouver. Only recently arrived in Canada, he loves to make friends and try new sports like skiing, and traveling. He was a facilitator with LPBC’s program at Little Mountain Neighbourhood House, helping neighbours to exchange culture and build the community.  Mu's greatest passion is to serve the public, and he looks forward to any volunteering opportunities or joining the government or a political party. 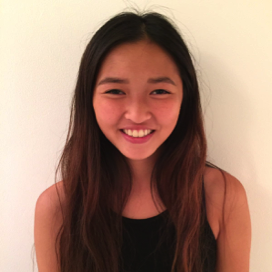 Nathalie was a childminder for the women’s Arabic-English program with LPBC, and she loves getting the chance to interact with incredible kids and adults involved in this program. Nathalie is Vietnamese, born in Montreal, and has also lived in America, China, Switzerland and Germany. Now she is in Vancouver attending UBC, and studying in the faculty of Science. 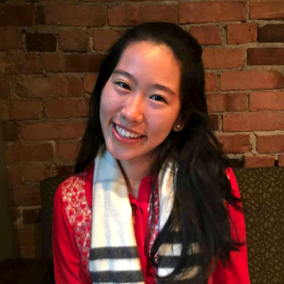 Yi Lin Huang studies Sociology and Psychology at the University of British Columbia. Her passion for volunteerism and social issues has led her to intern as a teacher for Pakistani refugees in Thailand, where she developed an interest to work as a childminder with LPBC. Outside of lecture halls, you can find Yi Lin in studios across Vancouver where she enjoys trying out all kinds of new dances. 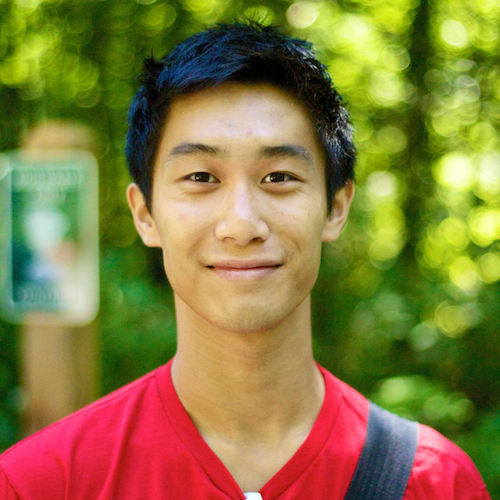 Vince facilitated the men's English-Arabic Exchange program and supported Language Partners BC as Assistant Director. He is a Master of Education candidate at UBC in Educational Studies for Sustainability. Vancouver, BC is Vince's hometown which he loves dearly; equally, he believes in travel for learning and has visited the seven continents, met many fine people, and created cherished memories. He enjoys asking questions and listening to people talk about themselves. 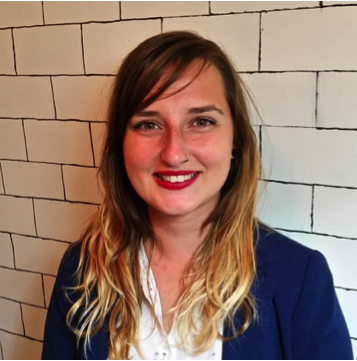 In 2015, Mary Leighton emailed Marie with the fuzzy idea to create an Arabic-English exchange for refugee women across British Columbia. Marie was eager to join the project, wanting to use her interest in language learning, and experience as a language program coordinator to create a space for community members to share snacks, cultures, dialogue, and kindness. Marie helped coordinate that first pilot project. She is fluent in English and French, and is learning Arabic and American Sign Language. She loves avocados, Americanos, cross-country cycling, and travel. 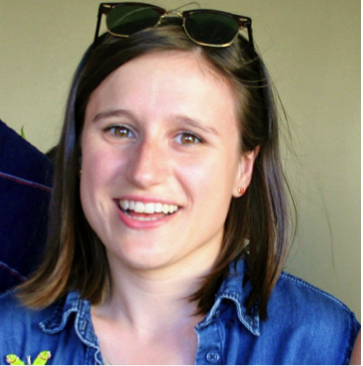 Kathryn Stewart supported childcare for the families at Language Partners, with her mum, Laura Stewart. Kathryn is a High School teacher herself, teaching EAL and Social Studies in North Vancouver, but loves the chance to work with the smaller set, as well as their mums and dads. Kathryn has lived and taught in Indonesia, Turkey and Australia. She loves the connections facilitated by sharing language. 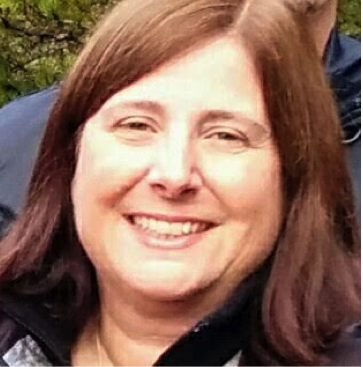 Laura Stewart, Early Childhood Educator, supported Childcare for our families at Language Partners. She was born in San Francisco but has called Vancouver home for most of her life. Laura works as an ECE at Simon Fraser University Childcare Society. She also coordinates and provides Childcare for the Canadian Labour Congress Winter School. Laura is passionate about Early Years education and believes in accessible, affordable and enriched Childcare for all children. 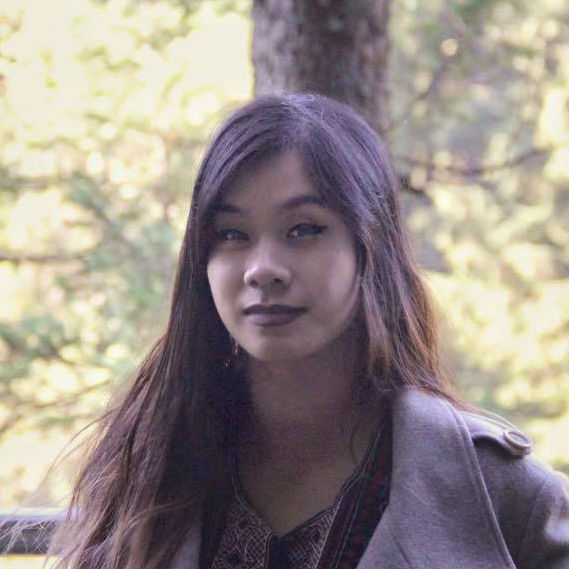 Emily was the Social Media Coordinator at Language Partners BC. She recently completed her undergraduate degree in International Development and is currently working as a freelance videographer. Although she has spent most of her life in the Pacific Northwest, she has also lived in Hong Kong and Norway. Having grown up in a multilingual environment, Emily has always been fascinated with how communication takes place in different cultures. When she is not on the road, you will find her spending lots of time in nature or with her nose buried in her latest read. 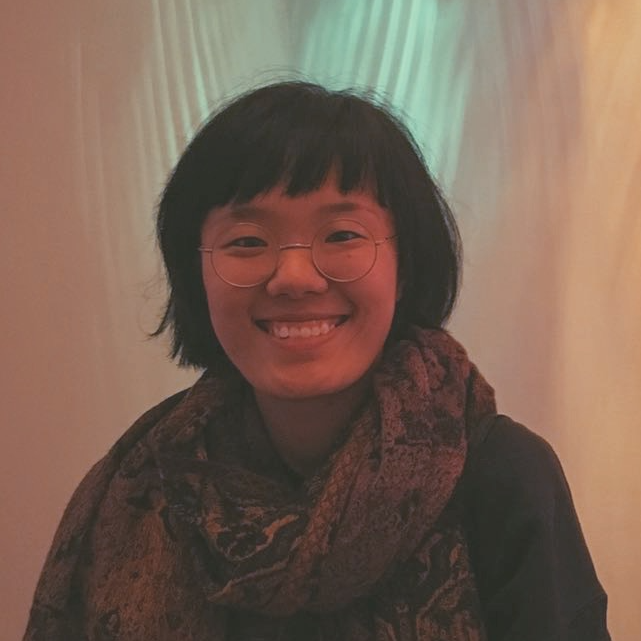 Graduating from UBC with a degree in food resources and sustainable agriculture, Wing started her involvement education-related projects and clubs in Vancouver, Canada in her early university years in 2011. Beyond her background in food system sustainability, she's very passionate about intercultural education and how to make cities more liveable for a diverse urban population. Wing first participated in a tandem language exchange in 2013 before her exchange study in Europe. The program has inspired her greatly and she continued her involvement with different language exchange programs. It was a great pleasure to work with LPBC as Social Media Coordinator to create possibilities for more and push the sharing process further on its way!